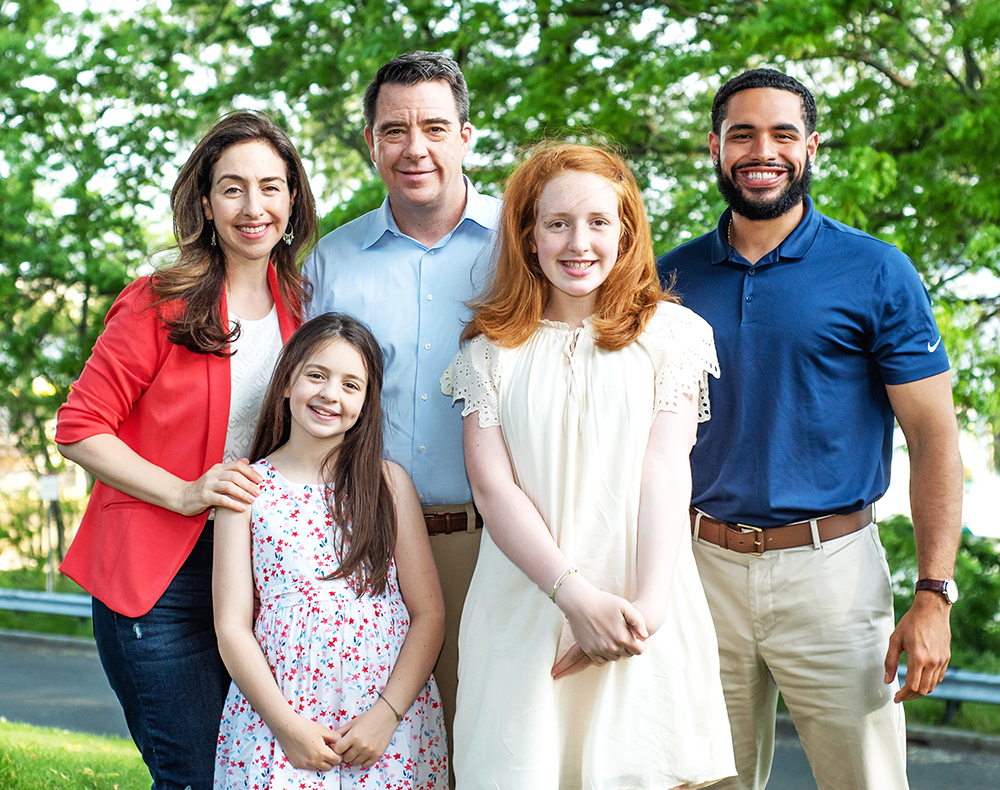 This week, State Rep. Dan Ryan formally launched his 2020 Re-election bid for the Second Suffolk District, which includes much of Chelsea and the Boston neighborhood of Charlestown. An email sent to supporters detailed the framework of his campaign in a COVID-19 world.

“There is nothing that energizes me more than walking the streets of a neighborhood and talking to potential voters. Listening to people on their doorstep, or in a coffee shop, gives me a great perspective of where folks are coming from on the issues of the day directly, without the filter of social media,” said Ryan, with hopes of traditional campaigning, with safety precautions, in the near future.

For now, Ryan is content with Zoom meetings and other virtual gatherings to tout his legislative record.

“Fortunately, or unfortunately, the societal time-out caused by COVID-19 has highlighted the fragility of our health care system, the susceptibility of our working-class neighborhoods and more importantly the deep racial inequalities that still exist in our nation.

“These issues are not new to me,” he continued. “I have been working on them for most of my adult life. As a youth worker, coach and mentor in an integrating Charlestown years ago, and as a legislator for the past six years, I stand on a record of listening, finding common ground and moving forward with measurable results on many of the issues that are making national headlines today.”

As an example, he pointed to his position as Vice-chair of the Joint Committee on Mental Health, Substance Use and Recovery during the second iteration of the OPIOID Prevention and Access to Treatment law. Although these bills were substance use and recovery related, they were packed with prison reforms and emergency response training. Ryan explained his role in working with police chiefs and departments from around the Commonwealth to increase funding for Crisis Intervention Team (CIT) training, which is an example of the de-escalation practices now being discussed as a policing reform nationally.

“When Committee Chair Denise Garlick tasked me with being her point person on this piece, I honestly did not know what to expect. I was pleasantly surprised to see how far ahead of the curve many Massachusetts police departments were on this training.”

Ryan emphasized that his campaign enjoys broad-based support throughout the district due in part to his wide range of legislative accomplishments. He has high marks with organized labor, on environmental scorecards and civil rights protections, including, most recently, ballot access.

“My campaign will be filled with frontline workers, many of whom bear the brunt of this epidemic. They have always been with me. And I, in turn, have had their back,” he said. “But, it doesn’t end there. I’ve been taking calls from small business owners, parents wondering when home schooling will come to end, as well as the elderly and those who care for them. You will see the work I’ve been doing not only in the diverse legions of volunteers I will have, but also in the varying endorsements that I will roll out.”

Ryan said he hit the ground running back in February, collected twice as many signatures needed to get on the ballot and had planned many spring and summer events both governmental and political. It was all brought to a screeching halt when the COVID shutdown hit.

“To be honest, I have been too busy being the State Representative, and a home-schooling parent to focus on the campaign over the past three months. I was also trying to give appropriate space to the issues at hand. First the COVID epidemic, and then the national mourning and outrage that has followed the George Floyd homicide.

“These issues are still raw,” he continued. “It will take some work to prove we as a society are seriously paying attention. These structural reforms need to happen sooner rather than later. It has been too long already. However, it is also time to hit the campaign trail. In order for me to continue the work of creating a more equitable society for all and bring my vast network to bear on the issues at hand, I need to get re-elected. I will. But, these are uncharted waters. We must find the right course as we move forward.”

Representative Dan Ryan is in his third term as State Representative. He and his wife, Kara, are raising their three children in Charlestown. Their son Myer, a Boston Public School graduate is home from college due to the COVID shutdown. Ella and Audrey are attending Boston Public Schools, entering the 5th and 7th grade, respectively. People interested in learning more about his campaign and his record as a legislator can visit his updated website www.RepDanRyan.com, email DanRyanforRep@gmail.com or call (617) 242-5950.