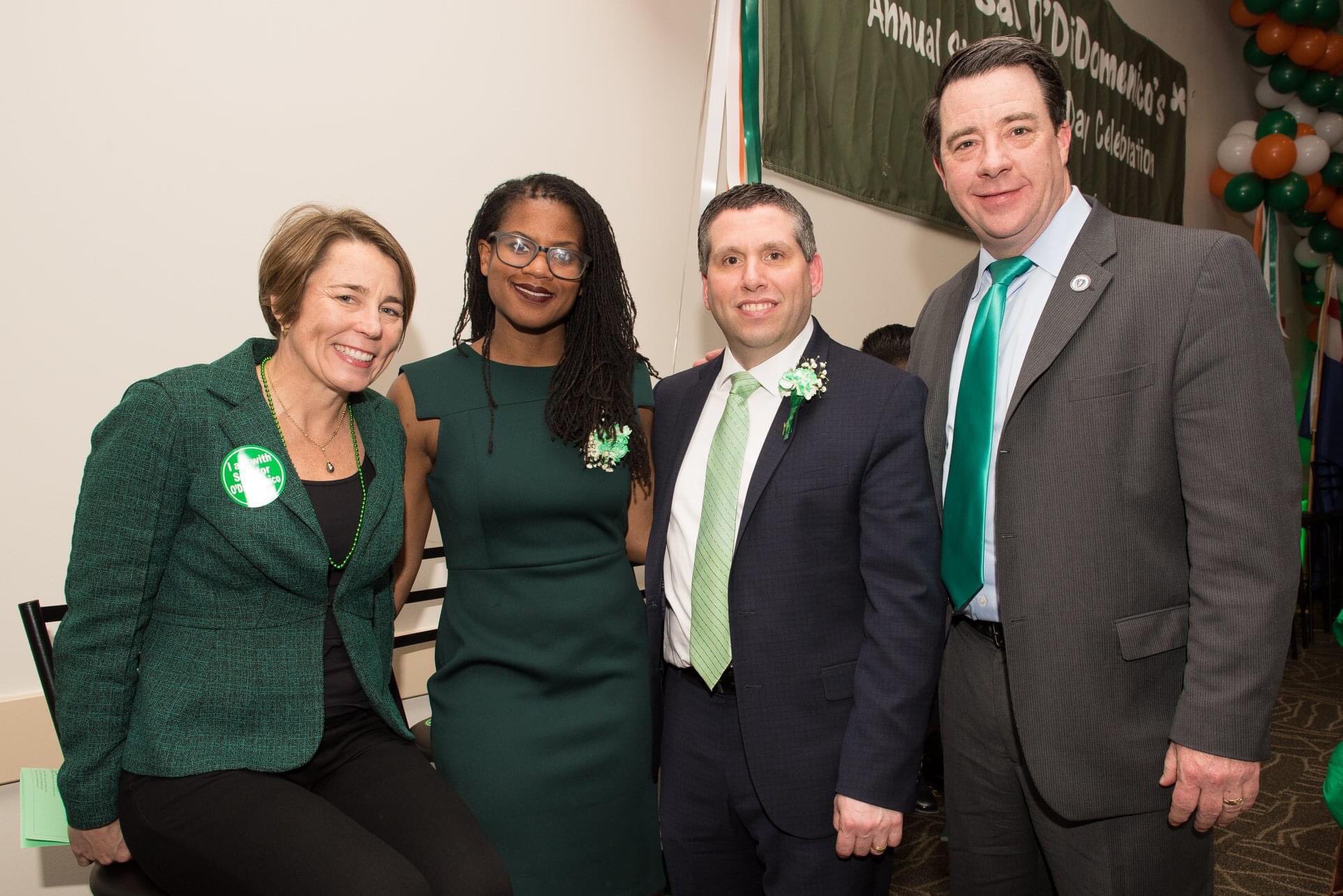 As the school year comes to a close, and the first signs of summer are upon us, election season has also begun in earnest. State Representative Dan Ryan has announced early endorsements from elected officials he has worked closely with since assuming office. Attorney General Maura Healey, State Senator Sal DiDomenico and District 1 Boston City Councilor Lydia Edwards are among a trio of early supporters of Ryan in his re-election bid for the Second Suffolk District, which includes much of Chelsea and the Boston neighborhood of Charlestown. Ryan has held this seat since 2014, when an April special election put him into office the same year in which Maura Healey won her Attorney General seat in November.

“Maura Healey is not only the best Attorney General in the country, she is a terrific neighbor and friend,” said Ryan. “She is responsible for a statewide constituency, but I see her regularly in the local coffee shops, visiting families after a fire, or, best of all, when she is giving out candy on Halloween. As great of a record as she has as Attorney General, it is that local touch that makes Maura so special. I am honored to have her support.”

Attorney General Healey has excelled as the People’s Lawyer. She has taken significant action to get dangerous guns off the streets, took on big pharmaceuticals in the wake of the opioid crisis, and utilizes the power of her position to fight for the environment, worker and consumer rights.

“I’m proud to call Dan Ryan my Representative and my friend,” said Attorney General Healey. “Dan is a true partner in the fight to take guns off our streets, help those struggling with addiction during the opioid epidemic, and is a champion for working families on Beacon Hill. Just as importantly, he knows the people of this community and is committed to the level of personal, constituent service that makes sure everyone in our district is represented well.”

Senator DiDomenico and Ryan met as aides to elected officials. They now use that experience to work collectively as elected colleagues.

“Sal is longtime friend and now a trusted colleague,” said Ryan. “He is a statewide leader when it comes to helping families on the margins of society. Whether it is lifting welfare caps, or early education funding and other issues that affect our most vulnerable, I always know that his path is the right one. I appreciate his friendship as much as his support. I know we will lean on each other as our state climbs out of this COVID crisis.”

Said Sen. DiDomenico, “Dan and I work well together. When it comes to issues facing Chelsea and Charlestown, I can always count on him to be on the same page. Same goes for legislation. When a bill needs a little push in our respective chambers, we work as a team. As a Representative, Dan knows how to get things done. As a colleague and a friend I’ll be in his corner. It gives me great pleasure to endorse him.”

Boston District One City Councilor Lydia Edwards announced her endorsement of Ryan in an earlier in the process. This week makes it official.

“Lydia blazed on the scene while I was still getting my feet wet as a State Representative,” he said. “I admire her work. Lydia’s relentless pursuit of issues important to her district, and the Commonwealth, has made me a better State Representative. I truly appreciate her drive, our friendship and her support.”

Councilor Edwards in endorsing Ryan, said, “It’s Dan who I look to for the cohesive vision. It’s Dan that I listen to when navigating contentious issues. Dan is a bridge and is practical in his approach. Too many people have no clue how many hours he works in the State House, how many calls he takes personally, or who he sees on his walk to work. It’s a joy to be his city councilor. It’s an even greater honor to endorse him.”

Representative Dan Ryan is running for re-election to his fourth two-year term to the Second Suffolk District. Ryan served as Vice-Chair of Mental Health, Substance Use and Recovery, when he helped to lead sweeping changes to our health care delivery system and judicial system as they pertain to the issues of mental health and substance use with the passage of the Act for the Combating Addiction, Reducing Prescriptions, and Enhancing prevention (“The CARE Act”). Ryan has also received several Legislator of the Year awards for his work on veteran’s issues and programing for the developmentally disabled.